More than $50 million worth of building projects are underway at Catholic schools around the Far North as new colleges take shape and existing facilities are upgraded.

“This is an exciting project for our community and it brings together a key strategic priority for us, which was to be able to bring our whole community together as one family,” he said.

“This project really does celebrate the College’s proud history whilst propelling St Mary’s into its next step of excellence in education.”

The $10.7 million upgrade involves remodelling the existing sports hall into an auditorium capable of seating 1400 people, four new general classrooms, music practice rooms, staff offices and a lobby on the ground floor. The first floor will include a lecture theatre and boardroom. Construction began in April and it is due for completion late in 2021. 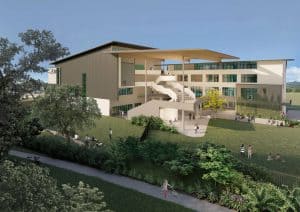 When: Construction began late in 2020 and the project is due for completion at the end of 2021, ahead of the school’s opening in January 2022.

When: Construction commenced in January and it is due for completion late in 2021. 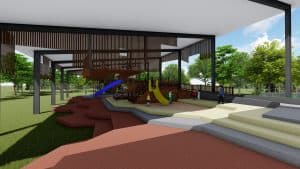 When: Construction to commence in May 2021.

A number of other projects are being planned, including a multi-million dollar outdoor learning area at Our Lady Help of Christians School in Earlville, which will go to tender mid-year. A development application has also been submitted for a two stream Prep – Year 6 school at Kewarra Beach. The school, initially for about 380 students, would not open until at least 2025.